Your membership in our Land Trust provides support and encouragement for our ongoing efforts to preserve open space, farmlands, and trails in our community.

The Wintonbury Land Trust is a non-profit, tax-exempt 501 (c) 3 corporation. All gifts made to the Trust are tax-deductible to the extent allowed by law.

Online donations will be securely processed by Stripe. Or download our Membership Application (PDF), and mail with your check to Wintonbury Land Trust, P.O. Box 734, Bloomfield, CT 06002. 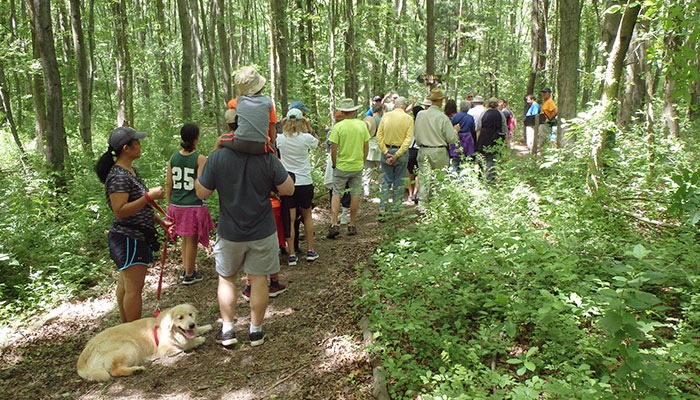 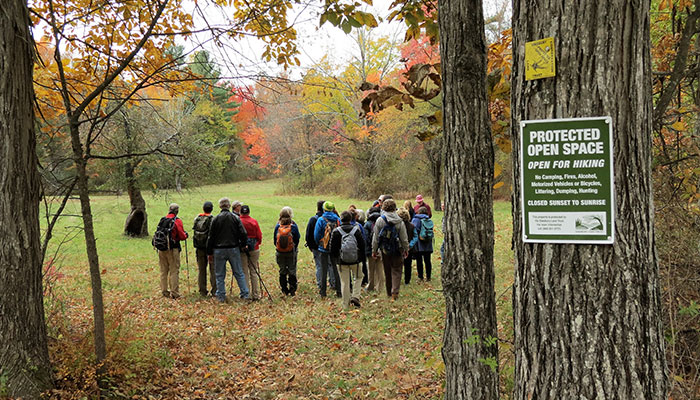 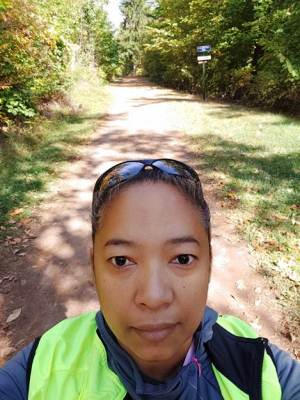 Brenda Watson, a member since 2016, describes herself as a “bike-head” who found the WLT while looking for local groups with which to share her love of the outdoors.  She met several active members through Auerfarm, attended a snowshoe hike and then joined other hikes during Celebrate Bloomfield.  She signed up to host a Wine & Dine dinner twice.  She and her husband cooked dishes expressing their respective roots in Jamaica and the Philippines.  Her mother-in-law made sure to marinate the stew so it was authentic!

In the Land Trust, she found a place where she could share her love of the outdoors and learn more about the natural world and why protecting it is so important.  For example, she discovered through a WLT talk that some birds nest on the ground and need to have their nesting sites protected until their young can fledge.  She also found the Wine & Dine dinners provided a joyful opportunity to celebrate connecting in ways we don’t usually do, with people we might not otherwise meet.  People are so happy at these events – and she looks forward to being able to reconnect in person soon!

Brenda finds time to be an active member of the WLT despite her demanding job as the Executive Director of Operation Fuel, Inc. a statewide non-profit which provides energy and utility assistance to struggling, low-to-moderate income households.  She has a Bachelor’s degree in political science and public administration and a Master’s in public policy.  Prior to joining Operation Fuel in 2010, her career was spent in the areas of transportation planning, municipal government, community organizing, program planning, and fundraising.  She serves on several statewide and national boards and recently served on Governor Lamont’s Transition Committee for Energy Policy.  She also is parenting two active daughters still living at home!

Brenda has long been involved in issues of environmental justice and equity.  She encourages the Land Trust to look at ways its unique role in land preservation could be part of remediating past inequities and planning for the future, for example, a new role in addressing blighted and abandoned properties and access to housing issues.

Brenda stated that it is great to be around people who love the outdoors, and she has made lifelong friends through the Land Trust.  She encourages others to find an activity they love to do outdoors and, if you are looking for others with whom to enjoy nature, support the WLT community by becoming a member!